A Dafa Disciple in Taiwan

[PureInsight.org] Yilan County Council in Taiwan passed a cross-party motion on December 24, 2021 to support the Universal Declaration on Combating and Preventing Forced Organ Harvesting (UDCPFOH). The motion condemns the organ harvesting by the Chinese Communist Party (CCP) and urges the Taiwan government to implement laws to help end the atrocity.

Five non-governmental organizations from the US, Europe, and Asia issued UDCPFOH on September 26, 2021 the last day of the World Summit on Combating and Preventing Forced Organ Harvesting. 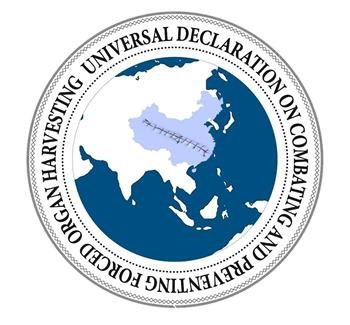 During an ad hoc session held by Yilan County Council on December 24, the motion was initiated by three council members including Zhang Chiu-ming, Chen Han-chung, and Tsai Chin-hui. To fulfill its human rights commitment, the motion aims to support the UDCPFOH, condemn the organ harvesting atrocity by the CCP, and institute related criminal legislation. For specific implementation of this resolution, the council requests the county government to contact relevant agencies of the Taiwan Executive Yuan. With 25 co-sponsors, including Wu Hong-mo and Yang Tree, this motion was passed in the council.

Zhang said he was happy to see Yilan Council supporting the upright with this motion and we should uphold the righteousness and protect the good people.

Yang pointed out the CCP’s brutality of organ harvesting is anti-humanity and it is a disgrace to mankind. He hopes such efforts will stop the atrocity and promote kindness as well as traditional values in society.

Attorney Zhu Wanqi, Chairman of the Steering Committee, stated that she would like to represent the five organizations to thank Yilan County Council for supporting UDCPFOH.

Zhu Wanqi said, “The cross-party motion has truly implemented Taiwan’s national policy of establishing a country on a basis of human rights, and has set a model for democratic Taiwan against the CCP’s brutality.”

UDCPFOH has been supported by dignitaries and specialists around countries, including Changrok Soh, a human rights expert at the U.N, Thierry Valle, chairman of the CAP Freedom of Belief organization in the U.N, and Arthur Caplan, an American professor of medicine who was one of the top ten influential scientists in 2008.

Zhu Wanqi called on Taiwan central and county governments to actively assist Taiwanese people to find out the heinous crime of forced organ harvesting and hoped that the international society would institute this sort of resolutions in the near future to counter CCP and stop its crime.