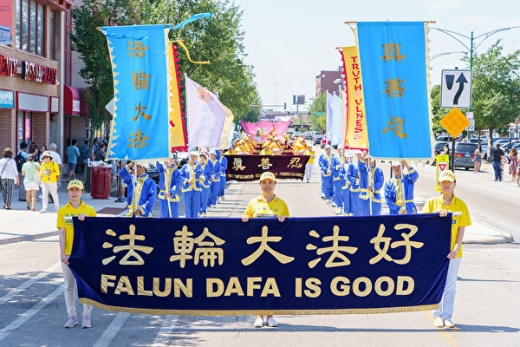 On August 3 2019, Falun Gong practitioners from 11 states in central United States once again gathered in Chicago, the third largest city in the USA, to hold a grand parade in Chinatown showcasing the peaceful beauty of Falun Gong and calling for the CCP to stop the cruel ongoing persecution of 20 years.

The Falun Gong practitioners held large banners such as “Falun Dafa is Good”, “Truthfulness-Compassion-Tolerance” and “20th Anniversary of Falun Gong’s Peaceful Resistance Against Persecution” both in Chinese and English. They walked onto Yonghuo Street in the center of Chinatown and passed through the Yazhu street where Huaying Square is located. They clarified the truth to Chinese and Western people and called for a stop to the persecution. 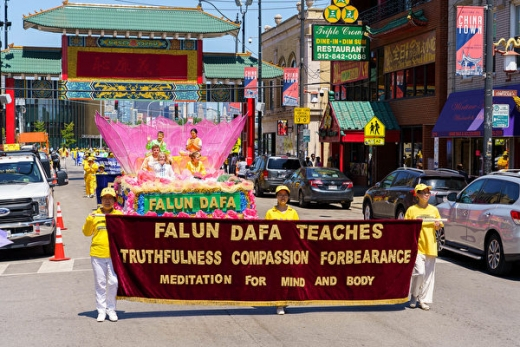 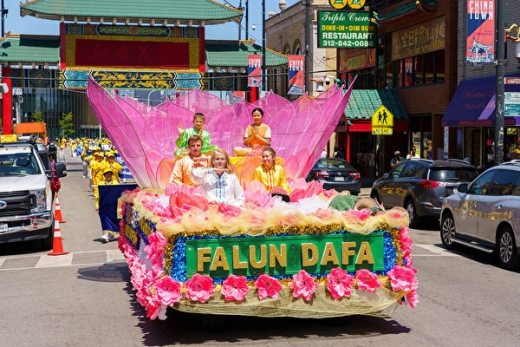 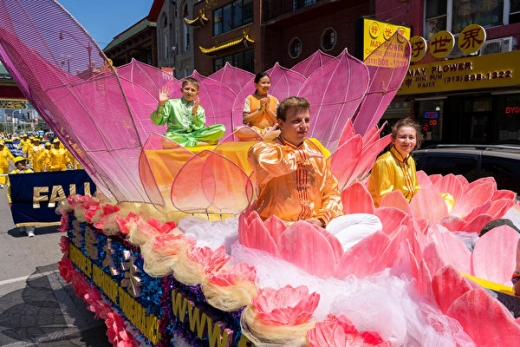 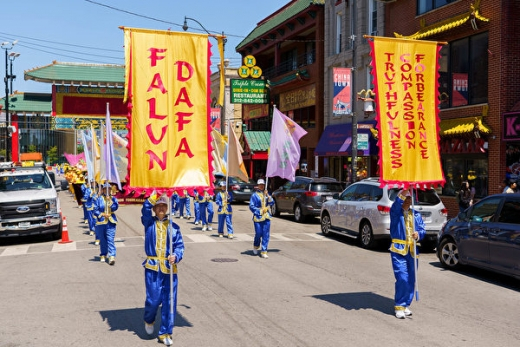 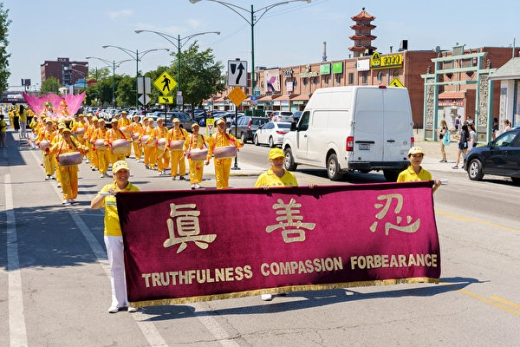 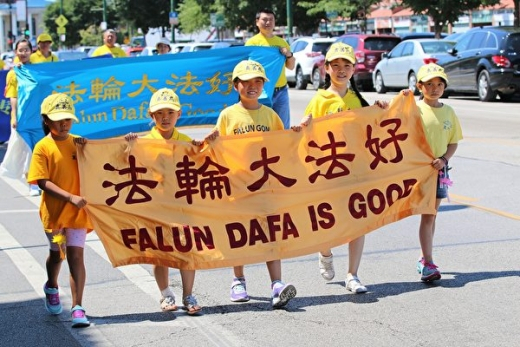 Noon is the liveliest time in Huaying, Chicago. Under the clear sky, Falun Gong practitioners’ parade immediately attracted Chinese and Western people on the roadside. People stood by the sidewalk and watched the parade. Many of them took pictures and recorded the spectacular parade.

“I think this parade is very good!” Mr. Xu, a resident of Chinatown, said after watching the parade. “Looking at these slogans makes Chinese people happy from the heart. I think the Chinese (mainland) people should stand up against the CCP.”

Four young girls, Antonette, Jasmine, and their two friends, just learned about the Falun Gong parade in the Chinatown. “I have been to Chinatown since I was a child, but this is the first time I have seen such a parade!” Antonette said. She said that in her US government class, a teacher once showed them a video about the status quo in mainland China, and she heard about Falun Gong from that class. “People should have freedom, including freedom of belief and speech. In China, people have no freedom, especially in the area of online censorship.”

Jasmine added, “I really like reading the text on the banners and signs. The persecution is really sad. It is really good to have such a grand parade showcasing [Falun Gong].” She continued, “I don’t understand why such a mediation helping people be healthy gets persecuted. What’s wrong with it?” “They [CCP] just want to be the center of everything.” 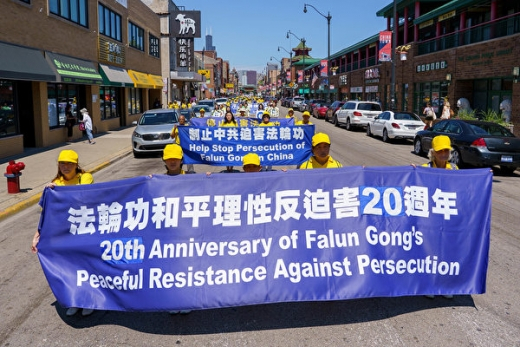 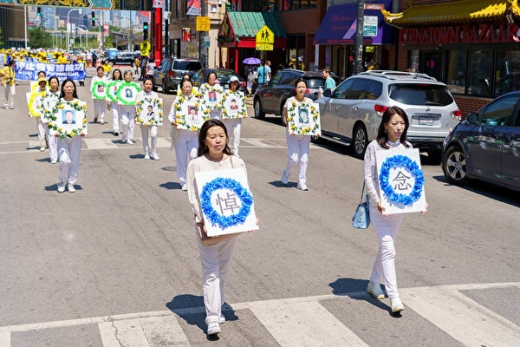 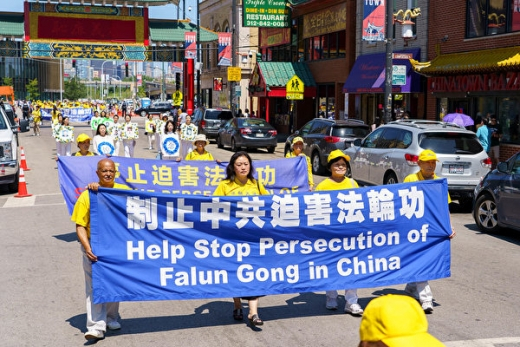 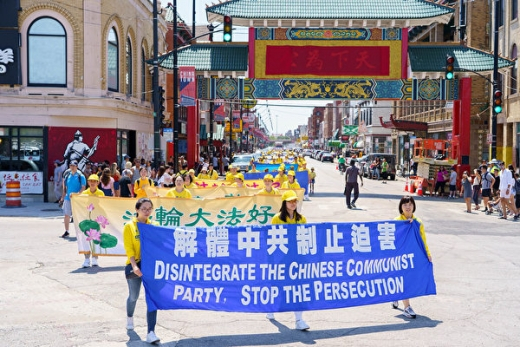 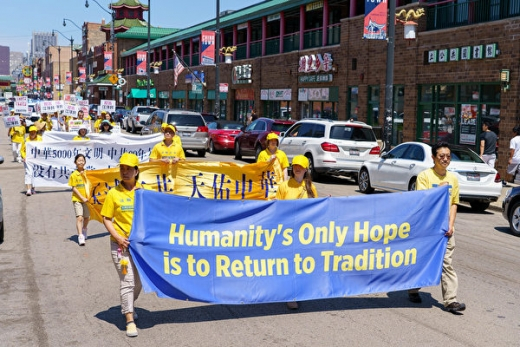 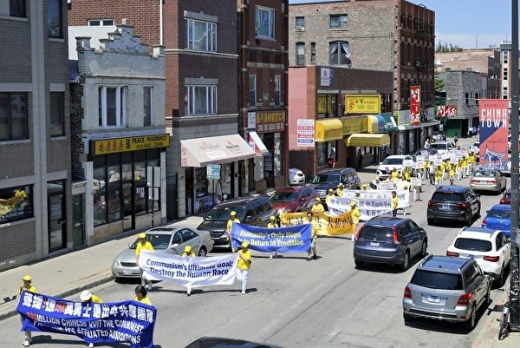 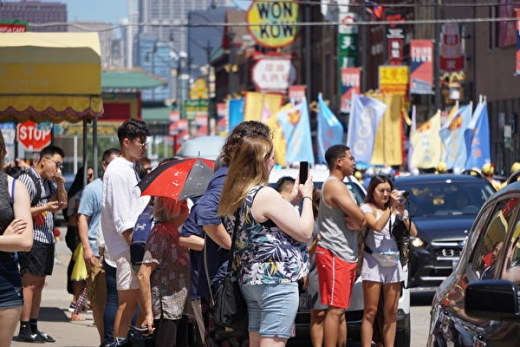 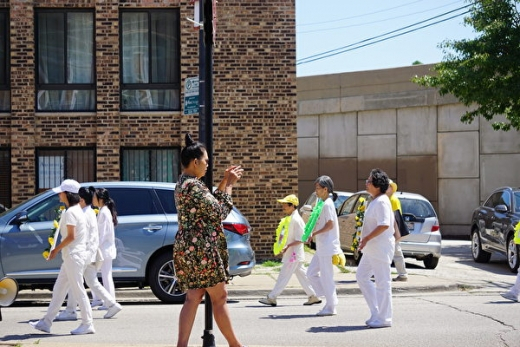 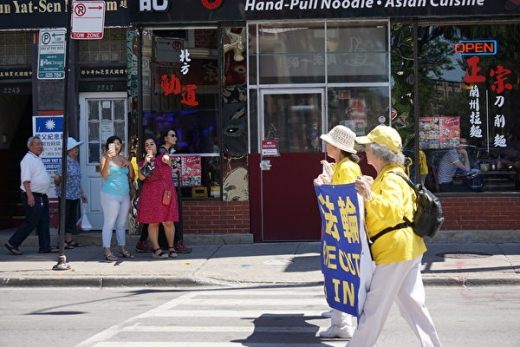 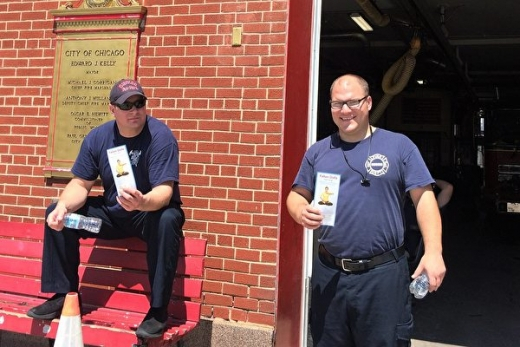 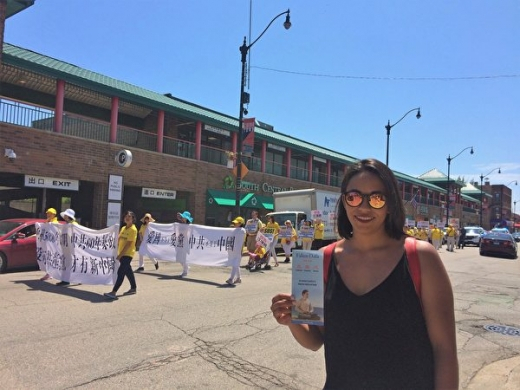 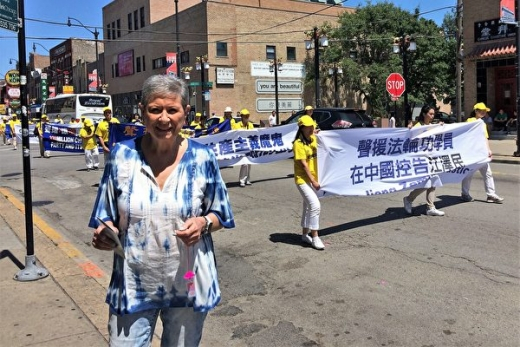 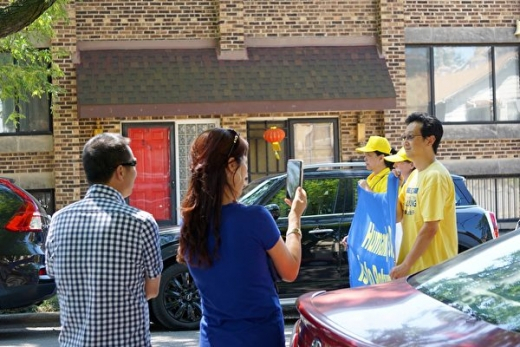