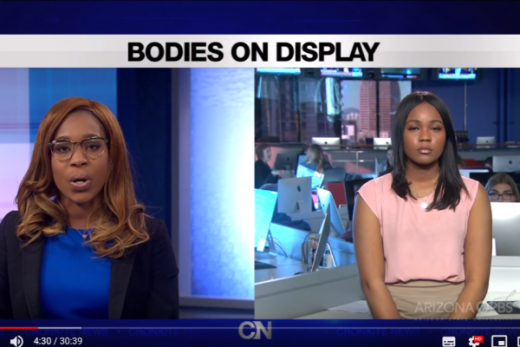 The report pointed out that the bodies came mostly from the Nanjing Medical University in China and were obtained illegally. These bodies from China are most likely those of Falun Gong practitioners who were tortured to death by the government because of their spiritual beliefs. The Chinese Communist Party (CCP) sold the bodies for profits.

According to the PBS news report, “The Real Bodies Exhibition at Scottsdale, Arizona is exhibiting real human bodies. Falun Gong practitioners believe such exhibition is illegal.”

Ashley Carter, the host of PBS suggested that more than 200 cadavers in the exhibit has been preserved. The exhibition is claimed to educate visitors on humans’ bodies. Falun Dafa practitioners from Arizona Falun Dafa Association, a spiritual belief group, however believed that those unidentified bodies were from Chinese people who were killed simply because of their beliefs. They denounced the exhibition. 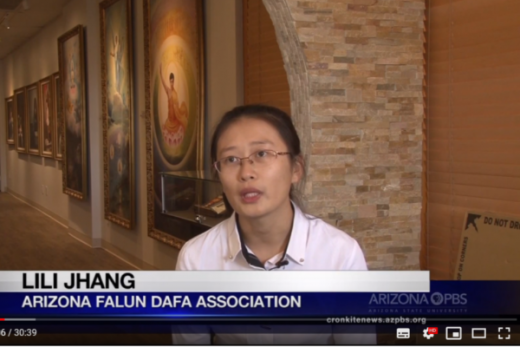 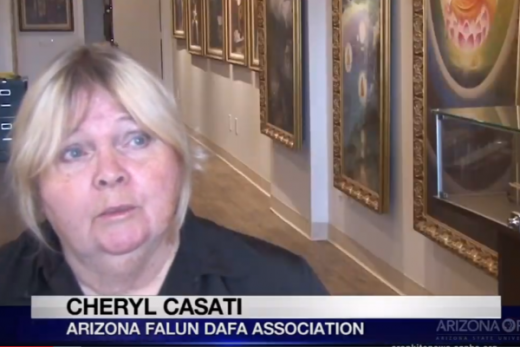 PBS later reported the responses from the organizers who claimed that the bodies came from several universities in China. Most were from Nanjing Medical University and the source of cadavers is body donation.

According to PBS news report, an independent study undertaken by three human rights experts concluded that there were not enough records demonstrating that those bodies came from donors who willingly consented to have their remains to display in such a way.

Falun Dafa Association at Phoenix city suggested that China has special medical centers to extract Falun Gong practitioners’ organs illegally. In Dalian City, there is a corpse factory to model corpses. The corpses in the exhibition all came from China. The body source may be Falun Gong practitioners who were tortured to death in forced labor camps and jail and did not consent to display their bodies in such a way.

According to the Falun Dafa Association, “The exhibition claimed that the corpses came from Chinese medical schools. However, a lot of similar body exhibitions in the past showed that the corpses were ‘donated’ to different Chinese medical schools by the Chinese government, who claimed that those corpses were unidentifiable. Some corpses of the exhibition were from Dalian Hoffen Bio-technique Co., Ltd, whose board member Hongjin Sui revealed some corpses were from the police. Those corpses include good people who were killed by the police, such as Uyghur Muslims, Tibetans, Falun Gong practitioners and Christian members of churches”. 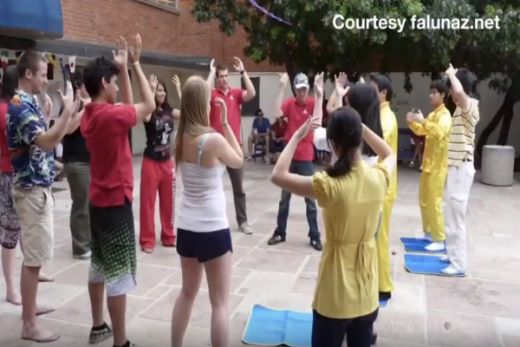 Local Falun Gong practitioner Nick said the exhibition is disgusting. More than 70 medical staffs requested to investigate on the exhibition because it may break the international laws. France, Israel, Czech Republic, and state of Ohio in the United States already banned the exhibition.

According to the email from medical staff, the organizers should take DNA samples from the corpses. By doing so, Chinese families who lost their family members unknowingly could compare and check on the corpses’ identities.

In March, the resolution of anti-forced-human-harvesting and anti-persecution was passed in Arizona. The Falun Dafa Association at Phoenix will cooperate with international organizations and governments to send Arizona state government a public letter. The exhibitions in many other countries were already stopped and should be prohibited not only in Arizona State but in all states in America.

So far, similar exhibitions were banned in Los Angeles in the United States, State of Ohio, Australia and some countries in Europe. In September 2018, the real body exhibition in Sydney in Australia was forced to shut down earlier.