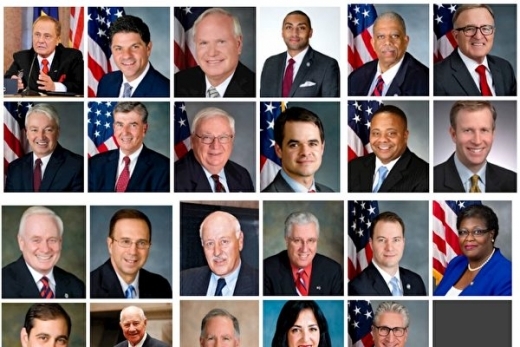 Photo: On April 17, 2018, the US Senate of New York passed Resolution No. 4488, congratulating "the 19th World Falun Dafa Day celebration on May 13, 2018". This is the eighth consecutive year that the New York State Senate passed a resolution to recognize "World Falun Dafa Day".

On May 13 2018, like May 13 of every year, Falun Dafa practitioners from more than 100 countries, of different races, cultures, genders, and ages all over the world wished the founder of Falun Gong, Master Li Hongzhi, a happy birthday and also celebrated World Falun Dafa Day. Meanwhile, Government officials in North America, Canada, and Taiwan issued proclamations, resolutions, or congratulatory letters to Falun Gong practitioners to commend Falun Gong and support Falun Gong.

Government officials commend Falun Gong for its outstanding achievements in improving health and uplifting morality. They praised Falun Dafa’s principles of “Truthfulness-Compassion-Tolerance” as universal values and commended Falun Dafa’s contribution to the community and its worldwide popularity.

In 1996, Master Li Hongzhi visited the US for the first time. In the same year, the government of Houston, Texas awarded the “Honor citizen”, “Goodwill Ambassador” with selfless public services for the benefit and welfare of mankind. So far, Falun Dafa has received nearly 3,600 awards from all over the world.

According to incomplete statistics, governments and political figures have passed at least three resolutions to recognize Falun Gong and celebrate World Falun Dafa Day in 2018, as well as over 100 awards and congratulatory letters.

The 2018 resolution was signed by 22 senators. Part of the resolution is: "Falun Dafa, also known as Falun Gong, is a self-improvement method rooted in ancient Chinese culture. It purifies the body and mind through practice and meditation. Falun Dafa practitioners follow ‘truthfulness, compassion and tolerance’ in daily life. The principle raises moral standards and correspondingly benefits physical health; Falun Dafa purifies and calms the mind, and rejuvenates the body, naturally leading to health and happiness; and enables individuals to get rid of bad addictions and habits; brings the family peace and harmony; makes the community moral, positive..." 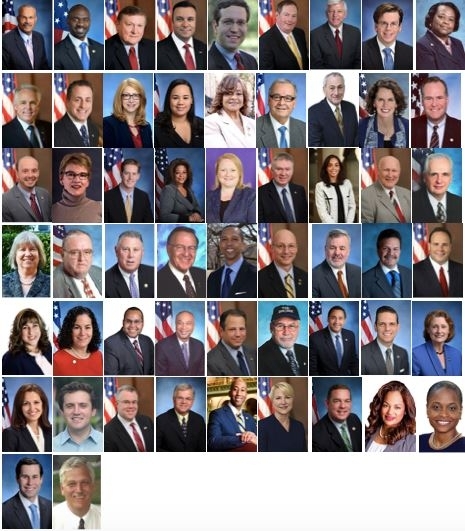 The 55 state representatives in New York signed a joint award to congratulate the "19th World Falun Dafa Day" and praised Falun Dafa’s universal values of "truthfulness, compassion, and tolerance". They also praised Falun Dafa's contribution to the community and popularity around the world. This year is the fourth consecutive year that the New York State House of Representatives jointly praised Dafa.

Nadia M. Velazquez, the congressman, sent a congratulatory letter, "Falun Gong's cultivation has brought mental and spiritual health to Chinese citizens all over the world."

"When we celebrate Falun Dafa in the United States in the public, there are still some areas in the world that persecute such a peaceful practice. I look forward to one day when people are able to freely practice this beautiful practice in all parts of the world," she said.

Congressman Hakeem Jeffries sent a congratulatory letter, "By providing a comprehensive program, we ensure that all residents of the community have access to the peaceful practice of Falun Dafa, to maintain and enhance the quality of life of others and increase vitality for society."

U.S. governments at all levels have sent congratulatory letters

The Philadelphia City Council said in a congratulatory letter that more than 100 million people around the world have become healthier, happier, and more considerate by practicing Falun Dafa, bringing incalculable well-being to the world. 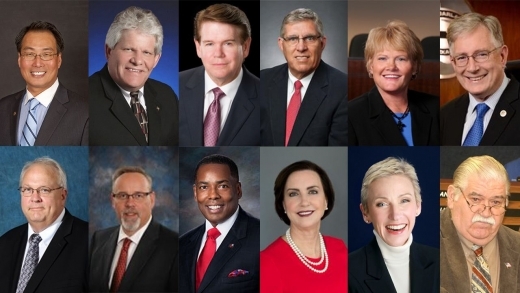 Andrew Scheer, the leader of the Canadian Federal Opposition and Conservative MP, said in a congratulatory letter, “By promoting the concept of ‘truthfulness, compassion and tolerance', millions of people around the world have benefited from the teachings of Falun Dafa.” In Canada, a free and peaceful country, Falun Dafa has many followers.

Federal Conservative MP Ted Falk said in a congratulatory letter that the brutal persecution of the Falun Dafa practitioners by the Chinese government violated China’s constitution and violated China’s commitment to abide by the UN Universal Declaration of Human Rights. It is also anti-humanity. The letter wrote: "We can celebrate together freely (the 26th anniversary of Falun Dafa) and we light up a light for the dark place (China)."

James Bezan, Senior Federal Conservative MP, official opposition critic for national defense, said in a congratulatory letter that "the principle of Falun Dafa: 'Truthfulness, Compassion, and Tolerance' are the values that all of us Canadians hope to achieve. Although we come from diverse backgrounds, we as Canadians vow to support the maintenance of these values."

The congratulatory letter said that despite the brutal persecution of the Chinese government, “Falun Dafa has positively affected the people of the world.” This persecution is a test of the power of Falun Dafa’s belief. Although this CCP's totalitarianism wants to eliminate this moral value, (Falun Dafa) has been able to spread around the world. 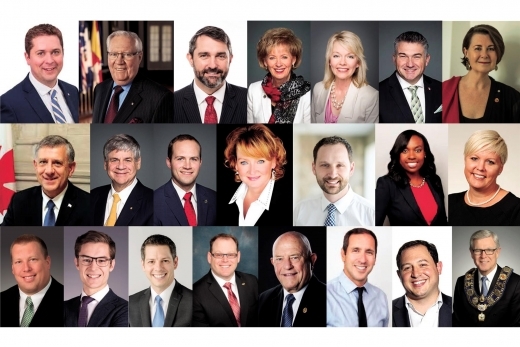 Photo: The Canadian Falun Dafa Society received congratulatory letters from politicians at all levels of government in Canada.

Saskatchewan Governor Thomas Molloy said in a congratulatory letter, "In this era of turbulence in many countries, Falun Dafa teaches us a lot about peace and harmony. Really, we are very fortunate to live in such a country that embraces freedom and agrees that we have our own beliefs."

Judy Sgro, the former Federal Immigration Minister, a senior member of the Liberal Party, and the co-chairman of the National Congress of Falun Gong, sent a congratulatory letter for World Falun Dafa Day every year. In this year's congratulatory letter, she praised Falun Gong for its commitment to peace, “I want to join you and call for openness, tolerance, freedom of religious belief."

Mitzie Hunter, the governor of the Ontario Department of Education and the provincial councilor of Scarborough-Guildwood, said in a congratulatory letter, “I am very pleased to know the principles ‘Truthfulness, Compassion, and Tolerance’ that (Falun Dafa) society follows. Thank you (Falun Dafa practitioners) for their contributions to the community, Ontario and the country. Your existence and the principles you follow have improved the quality of our people’s life and let us witness the power of ‘Truthfulness, Compassion, and Tolerance’."

In Asia, Taiwanese politicians across the Taiwan Straits expressed their wishes and admiration to the founder, Mr. Li Hongzhi. "Falun Gong practitioners insist on freedom of belief and fight against atrocities with peace. They have the spirit of perseverance," said Qiu Chengzheng, spokesman of the Mainland Affairs Council.

Democratic Progressive Party spokesperson Cai Shiying said that Falun Gong has long adhered to the principles of "truthfulness, compassion, and tolerance" and continued to promote the concept of peaceful anti-persecution throughout the world. Respect for individual freedom of belief is the most fundamental core value for any democratic country or for anyone with a conscience. The CCP’s persecution of religious freedom and the inclusion of religion under the rule of the country are things that should not be done.

Huang Weizhe, a legislator, said that the "World Falun Dafa Day" is also Mother's Day and has a double meaning, especially for the people on both sides of the strait. Taiwan is a free and open place where people can practice and introduce Falun Dafa freely, but this is not the case in mainland China. He hopes that Falun Gong or other faith groups will also be able to freely carry forward on both sides of the strait. It is also the goal of future expectations.

Taipei City Councilor Zhang Maonan mentioned that Falun Gong is a good practice to cultivate and exercise both the body and mind. Falun Gong is a hard-won cultural inheritance. It is the accumulation of wisdom of many ancestors. It should be fully protected and preserved. The CCP should not stigmatize and persecute them. This is the place where the CCP regime should be cast aside.

Legislative Council member Liu Jianguo said that Taiwan is a democratic and free society. Falun Gong practitioners can choose to practice in various places in Taiwan and connect with the people of Taiwan. The practice of Falun Gong is beneficial to Taiwan society and to the creation of a peaceful atmosphere in Taiwan. Falun Gong has an important contribution.