Shen Yun Tickets All Sold Out in Aurora 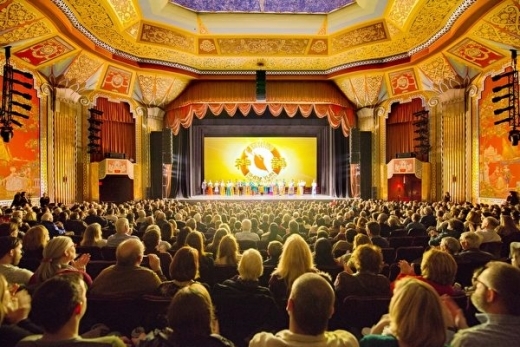 On January 12, 2019, Shen Yun Global Art performed two performances at the Paramount Theater in Aurora, Chicago. On the day, it was snowing heavily outside, but the enthusiasm of the audience has not been reduced. People came to watch Shen Yun without the fear of snow and wind. The tickets for both performances are sold out. It is even hard to get a ticket for the afternoon show.

Becky Frankiewicz, the US president of Manpower Group which is the world’s third-largest human resources company, said after the performance, “(Shen Yun) made Chinese culture alive.” 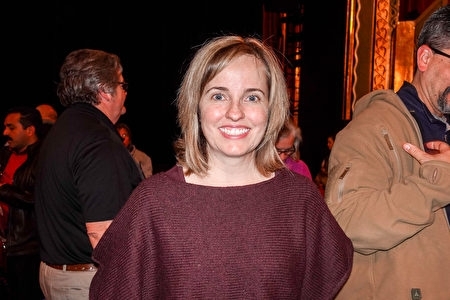 “Delicate, yet incredibly beautiful.” Becky Frankiewicz, the US president of Human Resource company Manpower Group praised after watching the performance on the evening of January 12.

Frankiewicz said, “I would say it（Chinese Culture）is beautiful and gentle. The stage plays all the elements that represent Chinese culture. I really like the transformation in the backdrop, from the palace, the pastoral to the vast world. It is very pretty and peaceful.”

“Although there are a lot of dance movements, it is very harmonious and smooth, giving people a sense of peace and tranquility.” “Overall, you can feel down-to-earth peaceful.”

Manpower Group is the third largest human resources company in the world and one of the Fortune 500 companies. It is headquartered in Milwaukee, Wisconsin. Frankiewicz is the US President of Manpower Group, and the former director of Pepsi’s largest brand, Quaker Foods. She has greatly enhanced the brand recognition of Quaker Oats and was named as one of the top ten creative figures in the food industry in 2017 by Fast Company magazine. 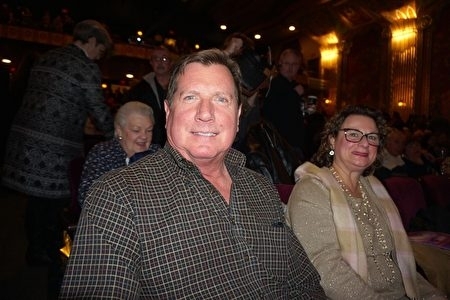 “I like the interaction between the dynamic backdrop and the stage, as well as the sacred and magnificent scenery and dazzling color.” Thomas Smith, the senior vice president of the former NBC Universal Group, expressed his surprise after watching the show on the afternoon of January 12.

“The color and costumes are vibrant and colorful. Especially the dance is a beautiful flow.” Said Smith. “When they are flipping in the air, it seems that they are flying in the sky. Even though there isn’t any conversation in the show, you won’t say that you cannot understand. Because the dance itself can make up for the lack of language, even replace the language.”

Smith loves Shen Yun’s music. “The music is very evocative. The erhu adds a sense of sadness and emotion. I love the bassoon as well. It adds a lot of color to the performance.”

Prior to retiring, Thomas Smith served as Senior Vice President (SVP) of NBC Universal in California, where he led the company’s real estate team and was responsible for developing Hollywood’s 390-acre Universal Studios. He is also a public relations spokesperson for the Universal Studios development project, which was introduced at government, community, and business conferences, which made him famous.

School of Art Dean: A breath of fresh air 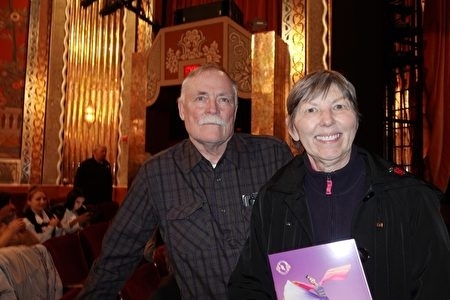 Margaret Merrion, honorary dean of the School of Performing Arts at the University of Western Michigan, and Mr. John Merrion, after enjoying the performance on the afternoon of January 12, praised the Shen Yun.

As a regular visitor to the theater, they have their own appreciation for the stage performance. They said that other performances are stylized performance, but Shen Yun is vivid and real, giving people the feeling of the energy that cannot be underestimated.

“The whole show is quite compact, but no matter how fast the show progresses, it doesn’t make people feel rushed. On the contrary, I feel comfortable and relaxed,” Margaret said.

John also shared the same feeling: "Yes, the actors look relaxed and natural, and they are so refreshing. The smiles are also very real, with no traces of performance." Margaret added: "Even if it is dancing fast, even if there is a battle scene, the actors are still elegant and expressive. As an audience, we can get the physical and mental pleasure and relax."

Chief of Medical System: Hard to describe, it is “touching the soul” 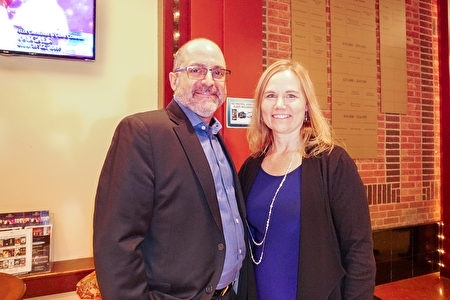 “Absolutely gorgeous! Exquisite craftsmanship, beautiful costumes, and all kinds of physical movements are amazing! It’s a wonderful experience, I will come back without hesitation.” Jim Grana praised, Medical Systems Chief in Rush Health.

Grana said that he was deeply moved by the performance. "The dance of Shen Yun touched my soul." "When you see such elegant and neatly synchronized dance, you can see that there are a lot of hard work behind it. I don't know why. The dance is able to break into your heart with no doubt."

Grana described the Chinese dance as "beautiful and expressive." "The impact that it brings to you is really impossible to describe in words."

He felt that the dance was moving because the actors are extremely well-trained. "You can't help thinking how much time they spend on each program, the effort behind each subtle action. It's so consistent, the timing is pinching, which is so accurate that you can't ignore.” “There are expressions on their faces, from which you can see that their training is all-round, and it doesn't fail."