A Falun Gong practitioner in Spain 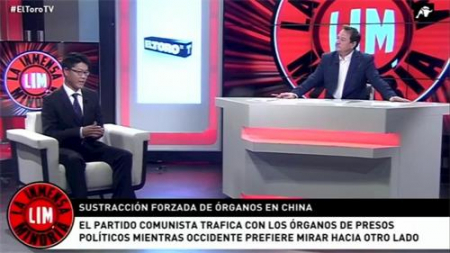 El Toro TV, a Spanish national television channel based in Madrid, reported on forced organ harvesting in China in its prime-time evening program on January 25, the first time a Spanish television network covered this brutality committed by the Chinese Communist Party (CCP).

As the largest country in southern Europe, Spain has been hit hard by the coronavirus pandemic. So far, 2,600,000 Spanish people have been diagnosed with coronavirus.

Similar to those of other countries, Spanish media, officials, and citizens have reflected on past missteps with the CCP. Conservative party leaders have spoken about the CCP’s role in the pandemic and are holding the CCP accountable for economic compensation. 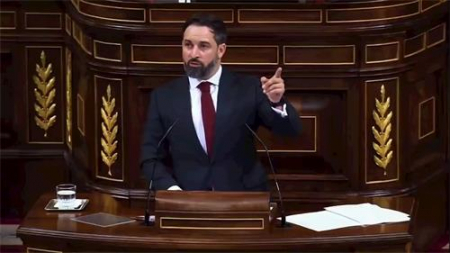 Santiago Abascal, leader of the conservative Vox party, criticized the CCP in parliament in November 2020.

El Toro TV reported on forced organ harvesting from people of faith, a vile transaction that has been happening for years in mainland China. This program greatly helped local people see through the CCP’s nature.

The El Toro program mentioned groups suppressed by the CCP, including Tibetans, Uyghurs, and many Falun Gong practitioners. Human rights advocate Yuan Lee said religious persecution has become a business for the CCP. With centralized power, the regime was able to mobilize government agencies, the military, and hospitals to run its state-sanctioned forced organ harvesting operation. This lucrative business not only achieved the goal of targeting dissidents and faith groups to strengthen the party’s communist ideology, but it also brought a large amount of money to elite officials.

Enver Tohti Bughda, a dissident from Xinjiang Province who currently lives in London, said he was instructed to participate in forced organ harvesting in the past. A doctor’s mission is to save people, so he felt guilty removing the liver and both kidneys from a newly executed prisoner. The guilt and remorse of that experience urged Enver Tohti to speak out in the free international community on behalf of oppressed groups. 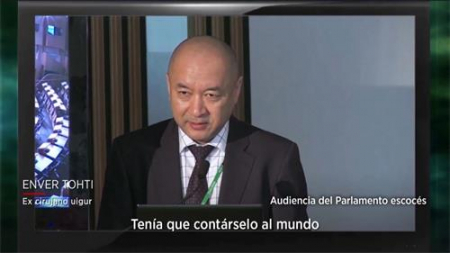 Enver Tohti Bughda is a physician from Xinjiang, China

As the CCP’s atrocities continue to be exposed, the CCP must repay its blood debts of the Chinese people. Meanwhile, righteous people around the world will begin fighting against its tyranny.