Resolutions and Awards to Praise Falun Gong in 2017

[PureInsight.org] According to incomplete statistics, in 2017, Falun Gong had received at least 46 awards and 9 congratulatory letters from all levels of US government. There were at least 6 Resolutions passed by US government to commemorate Falun Gong as well. 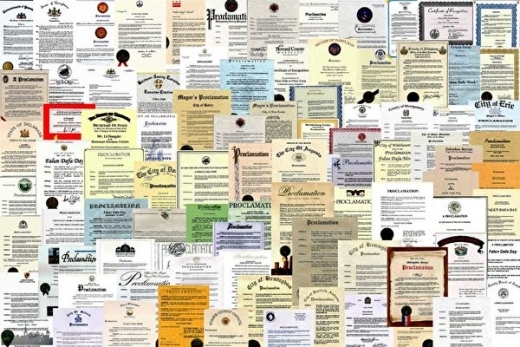 One Resolution was passed by all 63 senators in New York State. Another award was issued by 42 Assemblymen in a joint declaration.

The resolution said: "Today, Falun Dafa is practiced and cherished by millions of people in more than 114 countries and has received over 3,000 awards.”

“To the people of China, Falun Dafa provides a source of strength in the face of oppression; although the practice is banned in the land of its origin, practitioners persevere in the pursuit of their spiritual beliefs, risking imprisonment or worse.

That this Legislative Body pauses in its deliberations to commemorate the 18th Annual World Falun Dafa Day Celebration, to be observed May 12-14, 2017.” 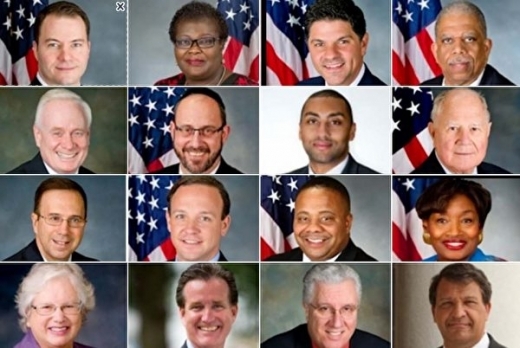 Minghui website reported that resolution was launched by John J. Bonacic in the 42th Senate District, cosponsored by 31 senators and passed by 63 senators.

The second was the 1552 resolution passed by Texas. The resolution stated that "the House of Representatives of the 85th Texas Legislature hereby recognizes May 13, 2017, as World Falun Dafa Day, and extends to all practitioners sincere best wishes for a meaningful observance.”

Falun Gong was a Buddhist practice based on "truthfulness, compassion and forbearance", which includes five sets of exercises. In 1992, the founder Li Hongzhi introduced it in Changchun, China and now it has spread to more than 100 countries and many regions in the world.

The third Resolution was passed by 50 senators at the third largest city, Chicago on May 24, 2017.

"Falun Gong has been the most popular meditation and cultivation movement in the world," said the Resolution. "We, the Mayor of Chicago and members of the Chicago City Council, pay tribute to the Falun Dafa Society and practitioners of Falun Dafa. Celebrating the 25th anniversary of Falun Dafa's spreading. "

The fourth and fifth resolutions were respectively passed by Missouri Senate and House to celebrate Falun Dafa Day.

The sixth resolution was passed by the Michigan House to celebrate World Falun Dafa Day.

23 awards were from New York State
In New York, the member of the House Lee Zeldin awarded Falun Dafa individually.

"Falun Dafa practitioners’ belief and spiritual achievements have made New York better," Said the compliment, “Falun Dafa was founded by Mr. Li Hongzhi and made public in Changchun, China in 1992. Since then, Mr. Li Hongzhi has won Nobel Peace Prize-nominee four times. Falun Dafa is made up of five sets of exercises; and the power of the peaceful exercise awakens the power of human spirit."
"Despite the harsh persecution of Falun Dafa in China, it has also been preserved and flourished."
The award was initialized by Steven Englebright, a Representative of New York State's fourth constituency, and 51 state congressmen signed.

5 From Texas
U.S. Texas Representative Hubert Vo, State Assemblymen Dr. Alma Allen, Carol Alvarado and Dan Huberty both gave compliments to the Southern American Dafa association and congratulated the practitioners on Falun Dafa Day.
Sylvester Turner, the mayor of Houston, Texas, presented the award with a commendation to pay tribute to Falun Dafa for the benefit of people and to announce "Falun Dafa Day."

5 From Missouri
Missouri Governor Eric Greitens sent a compliment and announced May 13 as "Falun Dafa Day in Missouri."

In addition, cities in Missouri including O'Fallon, St. Charles, St. Peters and Wentzville respectively presented their compliments to praise "Truthfulness, Compassion, and Tolerance" and announced May 13, 2017 as their Falun Dafa Day.

5 Awards from Georgia
Georgia State Governors, Atlanta City Councils, and mayors of Norcross, Covington, Ringgold and other cities have all issued Praise Orders declaring Falun Dafa Month in May 2017 or May 13 as "Falun Dafa Day"

Falun Gong has been very popular among millions of people in the world. According to an incomplete statistic, by 2011, Falun Gong was awarded 1,632 times, and had 313 approved resolutions of support, plus 2,552 supporting letters.