[PureInsight.org] “Regarding what happened in China and what China (the CCP) is doing, I think there is too little opposition in Europe.” Ms. Angela Mauss-Hanke said that she and her husband just signed to stop the CCP from persecuting Falun Gong. I hope to disintegrate the CCP through signatures and contribute my own strength. 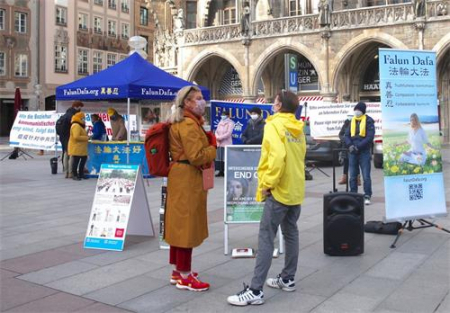 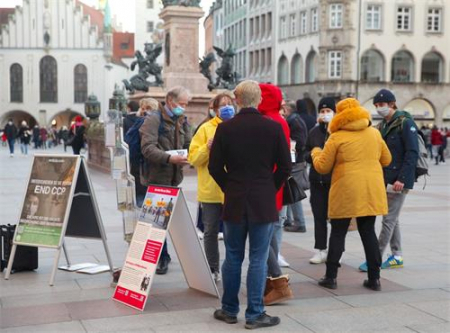 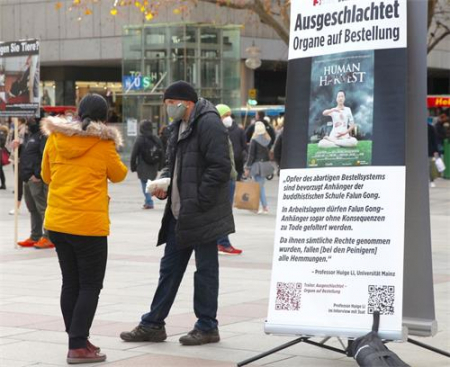 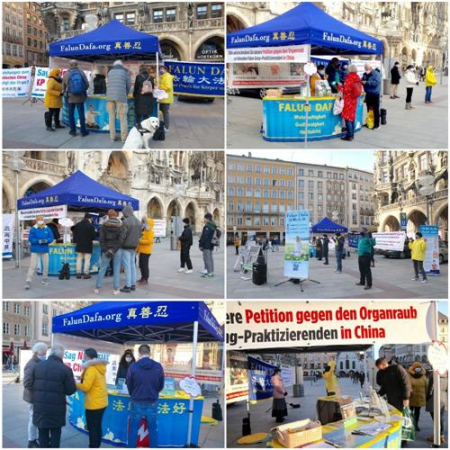 On November 21st, Falun Gong practitioners held an event at Marienplatz in the center of Munich. Ms. Angela Mauss-Hanke is a famous German psychoanalyst. She has clinics in her hometown and Munich. She has also served as the European editor-in-chief of the international journal of Psychoanalysis for many years. She and her husband (a legal expert), Dr. Mauss, signed together to stop the CCP from harvesting organs from Falun Gong practitioners. 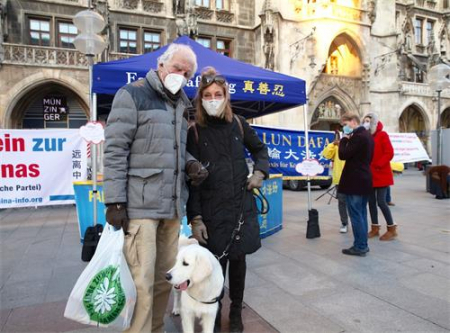 Regarding the persecution of Falun Gong practitioners in China who practice Truthfulness, Compassion, and Tolerance, which the CCP prohibits people from practicing them. “What can I say? Its terrible!” said Ms. Mauss-Hanke, “I Just watched a video about the Chinese Premier. In the video he talked about the content of the classrooms and how they educate children. Everything is for the purpose of obedience and training, you must abide by national regulations, etc. It is sad to see these are the principles they teach kids.”

Ms. Mauss-Hanke thinks that we can often hear news about the CCP’s persecution of Falun Dafa and some ethnic minorities. “The situation in Hong Kong is very terrible. Some of my friends think so too. Finally, some democrat congressman has resigned.” She said, “We are worried about Taiwan, I am afraid that Taiwan will become the next Hong Kong. So, we have to sign to oppose the Chinese Communist party.” Dr. Masuss expressed that he fully agrees with his wife. 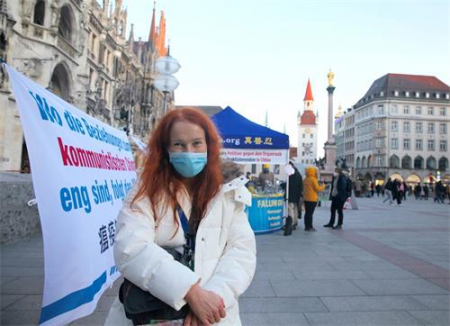 After signing, Alicia Ivaniak said, “It’s the worst to treat people as slaves. I saw those photos just now and it made me cry. They electrocute women, its too inhumane, the existence of this kind of thing is too inhumane.” “People must protest about this, it’s no use if people are not united. It must be known by the whole world on what’s happening in China.”

Speaking of the CCP’s persecution of Falun Gong practitioners who practice Truthfulness, Compassion and Forbearance, “that means the CCP not only deprive people of their freedom, but also take away their souls. They are like the devil.” Ms. Ivanika said, “What the devil wants is to take away our free will and the CCP does the same.” Ms. Zhao talked about the book to a German gentleman with his daughter, “How the Specter of Communism is Ruling Our World”. He mentioned that he also read this book. The weather was very cold at the time and the father and daughter didn’t wear much, and they were shivering with cold when they spoke. When they signed, their hands were frozen and their arms couldn’t move, so they signed their names stiffly. Ms. Zhao was very moved and said, “It is not easy for a person to do a good thing.” The father and daughter agreed with this statement.