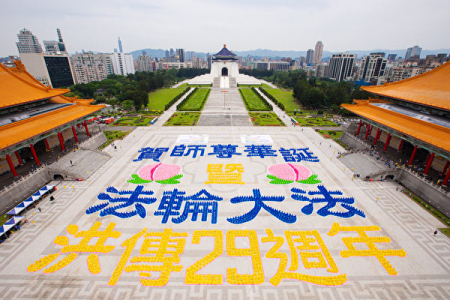 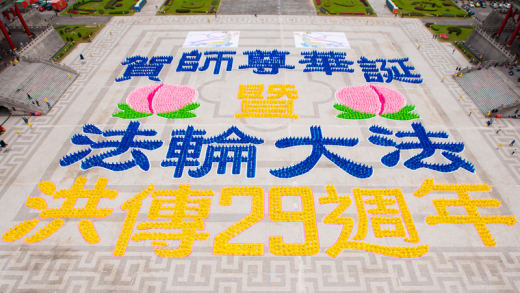 Zhang Jinhua, president of the Taiwan Falun Dafa Association, said that May 13, 2021 is Master’s 70th birthday and World Falun Dafa Day. Practitioners expressed their gratitude through the character-formation event. Many practitioners have benefited from practicing Dafa with greatly improved overall physical and mental health.

Zhang Jinhua stated that despite the brutal persecution, Falun Gong practitioners in mainland China continue clarifying the truth to the general public and even to members of the judicial system who persecute them. Over 370 million Chinese people have renounced the Chinese Communist Party (CCP), which is a historic milestone.

She also said, “This event represents practitioners throughout the world celebrating Master’s birthday. The character formation this year included two pink longevity peaches with green leaves. The entire atmosphere was festive and cheerful.” 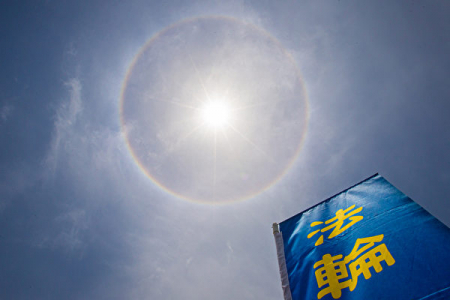 Wu Qingxiang, the designer of the character-formation event for the past 22 years, said, “Organizing this activity was not easy. The Lishu font looks more complicated, and the two longevity peaches and two Feitian fairies were included as well. It has been raining since April 28, so it was difficult to stick things on the ground to mark the scene. The entire process is a worthwhile opportunity to improve one’s character.”

Wu Qingxiang said that the figure is beautiful, and many people view the event online. This event is positive encouragement for mainland Chinese practitioners. Mainland Chinese netizens can learn that Falun Dafa has spread to over 100 countries. Qiao Shi, Chairman of the Standing Committee of the National People's Congress, carried out an investigation on Falun Gong in the second half of 1998. Qiao Shi concluded that Falun Gong only benefits the country and people without doing any harm.

He said, “Falun Gong has helped us become better people and improved our health, which helps the government save medical expenses. We live in a safer environment due to fewer bad people and conflicts. No wonder Falun Gong has gained popularity in Taiwan and throughout the world. Why is the CCP worried about people of good moral character? The persecution is stupid and pathetic. Our character-formation event reveals the truth and shatters the CCP’s lies.” 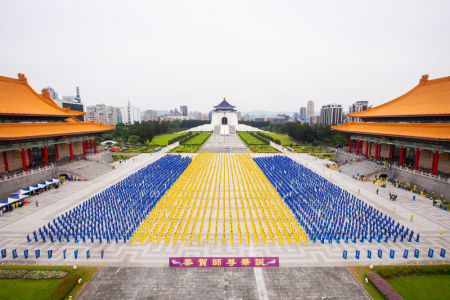 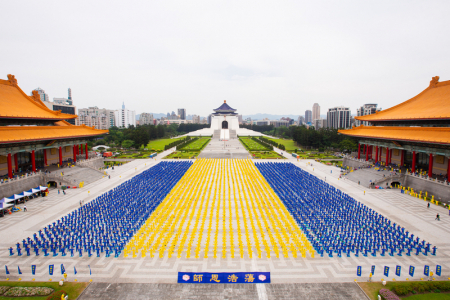 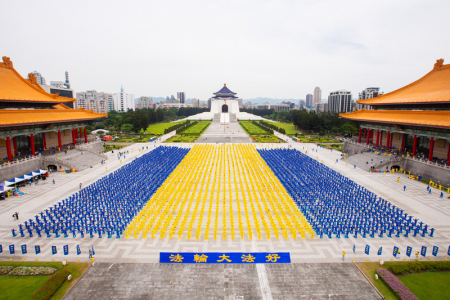 Zhu Wanqi, spokesperson for the Taiwan Falun Gong Human Rights Lawyers Group, said, “Falun Gong was first introduced to the public in Northeast China. In less than 30 years, about 100 million people from nations across the world now practice Truthfulness-Compassion-Tolerance. I was so fortunate to have obtained the Fa in Taiwan.”

She said Taiwan has hundreds of thousands of practitioners with many practice sites and Fa-study groups. In contrast, mainland China practitioners are illegally arrested for practicing Dafa. They risk being tortured to death and having their properties illegally confiscated. Zhu Wanqi admires practitioners in China who uphold their belief and continue saving sentient beings.

She stated, “I have greatly enlightened through Dafa. My gratitude towards Master Li is ineffable. As a Dafa disciple, I will do my best to let people know the truth. For decades, many governments have seen that Falun Gong brings about hope for the chaotic world.” 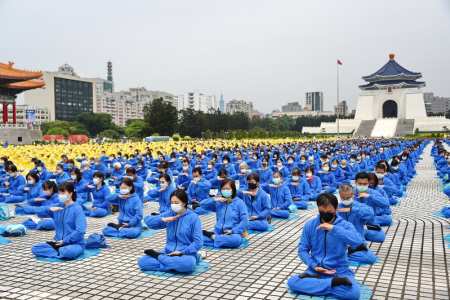 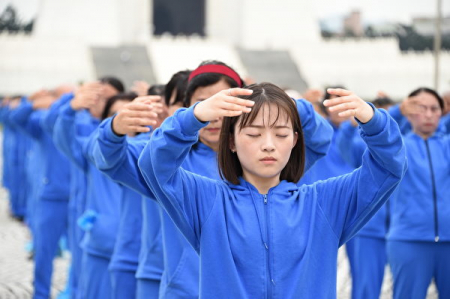 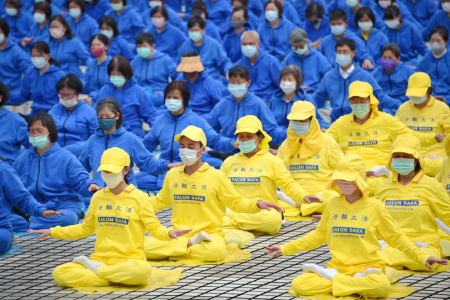 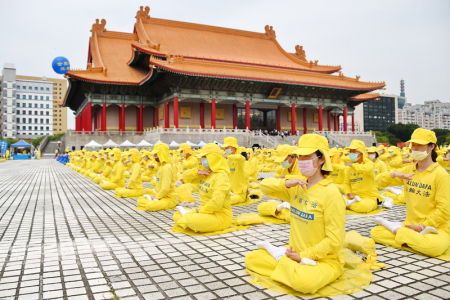 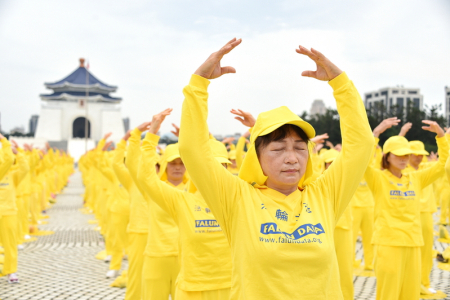 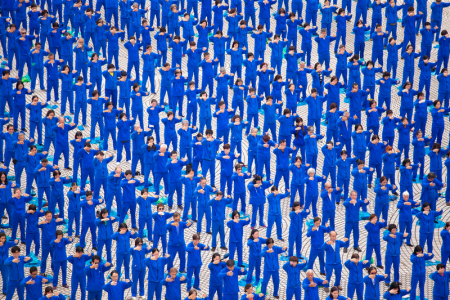 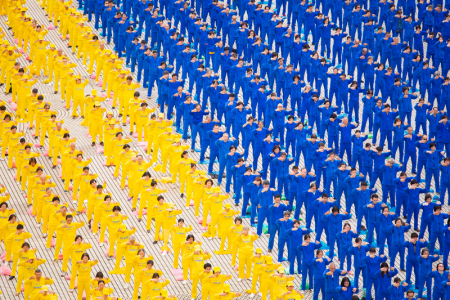 Cai Qichang reckoned that Falun Gong practitioners have played a positive role in the face of persecution. He said, “On the eve of Falun Gong founder’s birthday, I expect all practitioners will defend their belief and promote Truthfulness-Compassion-Tolerance to the world.”

Fan Yun, a legislator, said, “Regardless of ethnic backgrounds, everyone should have freedom of belief. Human dignity cannot be upheld without religious freedom.”

Lin Yingmeng, a Taipei City Councillor, sent congratulations on Dafa founder’s birthday. She said, “Taiwan and other countries should join to condemn the CCP’s persecution of Falun Gong. Anyone can enjoy freedom of speech and belief in Taiwan.”

She said, “Taiwan is a democratic country, while the CCP is a dictatorship. Even under pressure from the international community, the CCP is unlikely to stop human rights abuse. Hopefully we can continue to help people who are persecuted by the CCP.”

Hong Jianyi, a Taipei City Councillor, wishes Mr. Li Hongzhi good health and happiness. He said that Falun Gong practitioners have been at the frontline over the past 20 years dedicated to revealing the CCP’s atrocities such as forced organ harvesting. The practitioners’ will remains steadfast despite the persecution. For instance, many practitioners in Taipei volunteer their time to distribute truth clarification leaflets at tourist attractions to people from mainland China.

Miao Boya, a Taipei City Councillor, said that in any democratic society, freedom of belief should be protected by the constitution. The CCP cannot tolerate religious groups, exemplifying the totalitarian’s lack of self-confidence.

She emphasized that the purpose of coming to this world is not just to eat and drink. More importantly, mankind needs to protect dignity. One day totalitarian rule will cease. She extended her best wishes to people who continue pursuing freedom.

Zeng Zicheng, a Hsinchu City Councillor, sent congratulations on Master Li’s birthday. He said, “The parades and other activities held by Falun Gong practitioners are highly organized. I was touched. As practitioners continue to raise public awareness, people around the world are becoming aware of the principles of Truthfulness-Compassion-Tolerance. We can clearly see the CCP’s nature. Some countries have condemned the CCP’s tyranny.”

Zhang Boyang, director of Taiwan Radical Wings News Division, said, “Falun Dafa has protected people’s kind thoughts. We should be tolerant of different opinions. Some people choose to remain silent when persecuted. However, Falun Gong practitioners choose to clarify the facts by peacefully protesting against the persecution. Meanwhile, they kindly remind people to stay away from the CCP.”

Tu Xingzhe, former minister of the Department of Health and chairman of Biotechnology Development Centre, said, “Master Li’s birthday is on May 13, an important date for Falun Gong practitioners. I wish practitioners the best. I admire the way practitioners resist the persecution and hope that the entire world can condemn the persecution. Freedom is respected in Taiwan, which is the place for which all Chinese people yearn.”

Zeng Jianyuan, Chairman of the Board of Chinese Democracy College, feels grateful for Master Li. He said, “In addition to improving physical wellbeing, Falun Gong has played a very positive role in society, especially in the face of communist expansion.”

Huang Pengxiao, former National Congress Representative, said, “Anti-communism has become a new trend in the 21st century. Only when Chinese people completely cut off ties with the CCP can they live and work in peace. Chinese people’s awakening will send positive energy around the world.”