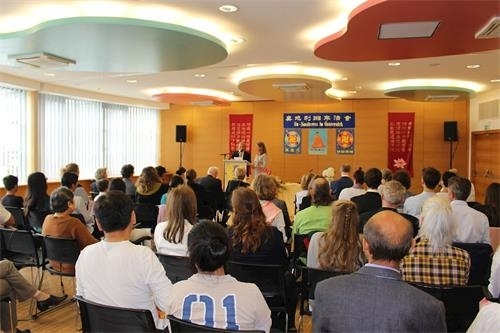 The annual Austrian Falun Dafa Cultivation Experience Sharing Conference was held on September 2, 2018 in Baden near to Vienna. The Chinese and Western practitioners shared their cultivation experiences, including how to deepen the understanding of the Fa, get rid of attachments and improve themselves.

Both practitioners on stage and below the stage were deeply moved by the greatness of Dafa and the boundless compassion of Master Li Hongzhi. Some practitioners drove more than five hours in order to attend the conference. 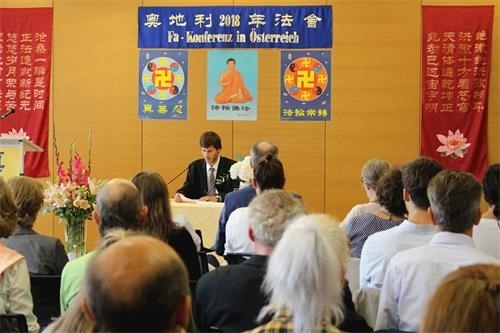 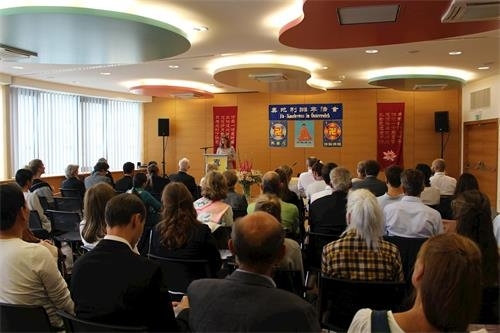 Clarifying the Truth with Righteous Thoughts
Ani from Vienna petitioned in front of the Chinese Embassy in Vienna regularly. She wrote in her experience sharing report that she was once responsible for distributing truth-clarification materials and telling the truth to passers-by in front of the embassy. Once she introduced Falun Gong and clarified the truth about the persecution in China to a man. He did not believe her and accused her of messing up with politics. Ani said, "I felt very nervous as I had never encountered such situation before. I thought this time clarifying the truth would not be as easy as usual." She therefore tried to defend herself and argue with the gentleman. But it didn't work. She described, "I tried my best to pass this ‘question and answer exam’, and even ignored the fact that he was the person who was still waiting to be saved.”

After adjusting her mind, Ani’s nervousness disappeared. She listened more carefully to what the gentleman said. After Ani changed her mind, she found out that the gentleman’s attitude was changing too. The gentleman was increasingly shocked by the fact that the Communist regime has persecuted Falun Gong. Before leaving, he thanked Ani for spending such a long time talking to him. Through this experience, Ani understood that saving sentient beings is more likely to succeed under righteous thoughts and selfless actions. 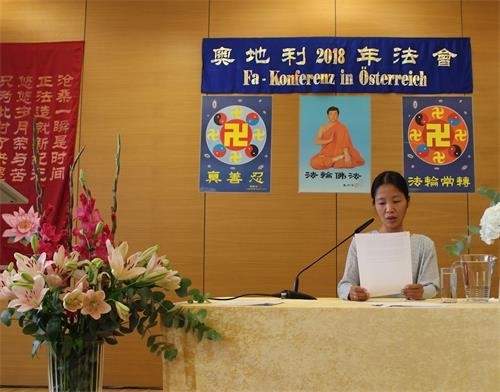 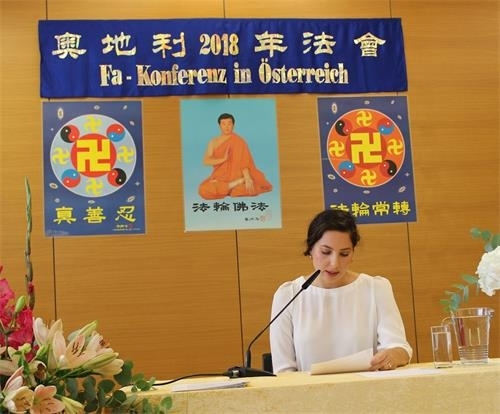 Cultivating Through Participating in Shen Yun
Renate grew up in a large family on a mountain farm. After seeing the Shen Yun performance in Vienna in 2008, she began to practice Dafa. The beauty, tradition, gracefulness and power of Shen Yun touched her heart when she first saw the performance. A few weeks after, she began to read Zhuan Falun and do five exercises regularly.

She mentioned how she did the three things and cultivated through Shen Yun promotion. When Shen Yun came to Salzburg this year, she found out her attachment to comfort and ease. When selling Shen Yun products one day, she appreciated greatly a customer for waiting very patiently when the sales system crashed. This incident taught her that if she had a righteous thought, all the manifested obstacles may not be real obstacles. Compassionate Master will always help her. 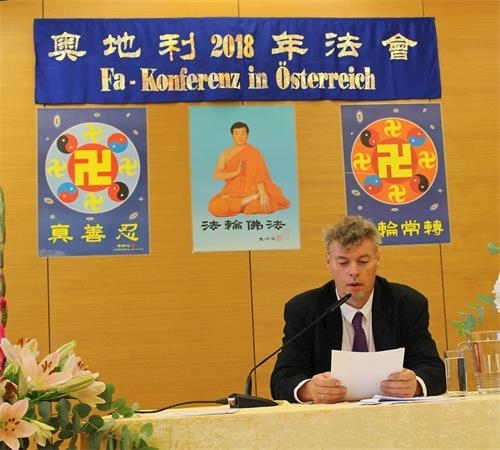 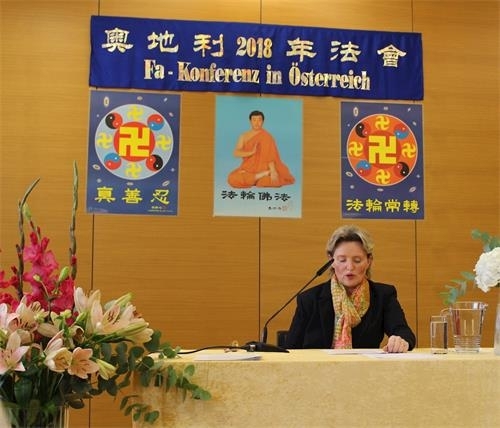 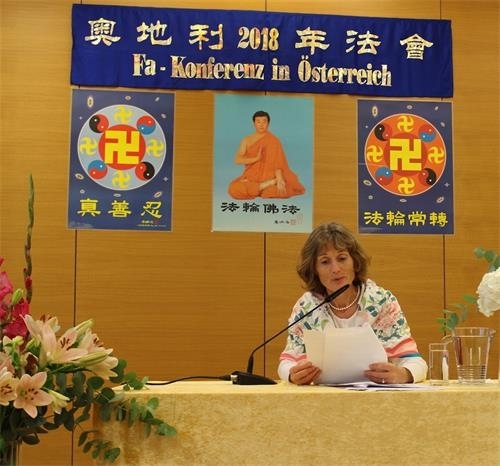 Returning to Dafa Cultivation
Renate obtained the Dafa in 2003 when she was looking for a way to help herself become a better person. After obtaining the Dafa, she participated in various truth-clarification projects which became the focus of her life. However, after a few years, her fundamental attachment to comfort and ease became more and more prominent. She later stopped practicing Dafa. She said, “When xinxing tests became bigger and bigger, I was already very far away from Dafa. Because I was unwilling to give up my fundamental attachment, my level dropped down quickly”. It was not until several years later that she resumed cultivation. After she returned to Dafa, she was facing more and more xinxing tests. In order to pass these tests, she kept reciting in her heart, "When it’s difficult to endure, you can endure it. When it’s impossible to do, you can do it." (Zhuan Falun, Lecture nine). Now her belief in Master is unwavering. She hopes that she will not cause any additional troubles for Master.

A female fellow practitioner also shared how to call and make appointments with important government officials. Her biggest challenge is to be genuine through the whole process from making phone calls to getting appointment confirmation. Through this experience, she encountered a lot of xinxing tests and felt pressured from the heart. The pressure normally increased when she was about to finish making the appointment.

Practitioners also talked about how to eliminate negative thoughts on fellow practitioners when coordinating projects. When conflicts arise, we should not regard ourselves as victims, but use them as opportunities to improve our xinxing. Many practitioners shared how to improve xinxing through Shen Yun and other truth-clarification projects. This Dafa Conference has motivated Austrian practitioners to do better in the three things.