On Thanksgiving Day, Falun Gong Practitioners in The Bay Area Thank Master for His Grace 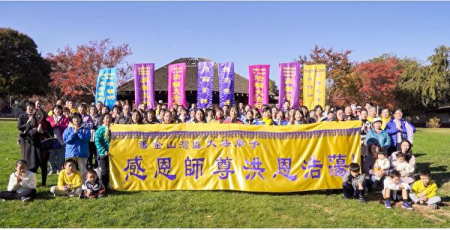 On the occasion of the annual Thanksgiving Day in the United States, Dafa disciples feel most grateful to Master Li Hongzhi in their hearts. 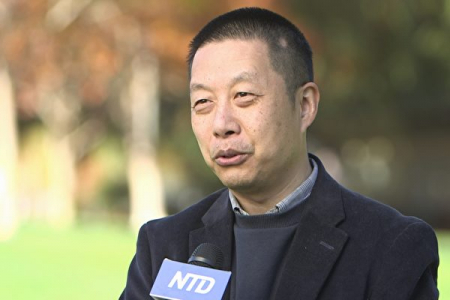 Zhang Dongbing, a Silicon Valley computer engineer, started Falun Gong practice at the end of 1996 after being introduced by a colleague. He said that being able to practice Falun Dafa is the greatest fortune in his life.

Zhang Dongbing realized that in such a materialistic society, being able to obtain Falun Dafa and get sublimated under the guidance of Master is something that can be met but not sought, and it is extremely lucky.

He also mentioned that it is not easy to be a good person in accordance with the "Truthfulness, Compassion, and Tolerance" taught by Falun Dafa. He has profound experiences. In the early days when he started practicing Falun Dafa, his wife often picked on his faults and sometimes felt very unreasonable, but he endured them without complaints. Once he overheard his wife complimenting him in front of friends, and she talked a lot and even had some subtle advantages that he didn't pay much attention to in daily life. He was very grateful and felt that to be a good person in accordance with "Truthfulness, Compassion, and Forbearance", although it is hard, you can still get the results you deserve. 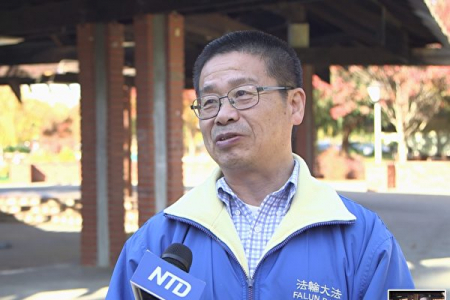 Computer engineer Li Zhiwei began to practice Falun Gong in Silicon Valley in January 1996. A friend of his is keen to practice all kinds of qigong, Zhiwei joked with his friend and said that if there is a really good exercise, his friend would introduce it to him. As a result, in January 1996, this friend introduced Falun Gong to him and invited him to a TV show and watched Master Li Hongzhi’s nine lectures on the Fa.

He said that he had been searching for the meaning of life, so he went to church and read the Bible, but there were many unclear points and no clear answers. Through Master Li Hongzhi’s nine lectures, many questions that he wanted to understand but were inexplicable became clear and had answers.

After reading all the books published by Master Li Hongzhi at that time, he decided to practice Falun Dafa. Cultivating Dafa has made tremendous changes in his body, mind, and soul. The abstract principles of the past have become real, and he can feel them personally.

In October 1996, Master Li Hongzhi came to the United States for the first time. His first stop was in the San Francisco Bay Area, where he met the students in Ortega Park in Sunnyvale. Li Zhiwei was lucky enough to participate, and the scene at that time is still vivid.

He said that Falun Gong’s principles are simple, but its realm is profound. Although it is known that “Truthfulness, Compassion, and Forbearance” is the ultimate goal, people are inert, but they may also be lax and depressed. As long as he recalled the scene of seeing Master in 1996, it would encourage him to continue to keep improving himself, just like the early days of cultivation. 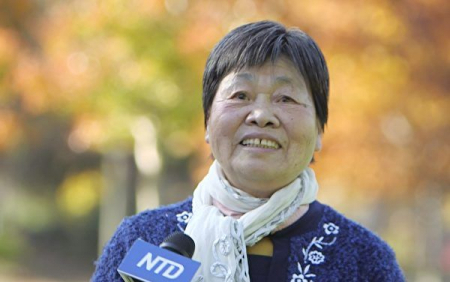 Chen Ruilan started practicing Falun Gong in 1996 and is now almost 80 years old, but she is better than when she was in her forties. Her daughter agrees very much. She often tells others that Falun Dafa is really good. If Ruilan didn't practice Dafa, she would be dead.

Before she practiced, she had more than ten diseases. In addition to stomach pain, cervical spondylosis, lumbar disc herniation, there were also stomatitis, rhinitis, and pharyngitis. Ruilan got sick quite often and she could not talk when she felt really sick.

After cultivating, not only the body is healthy, but the mind is also purified, morality is improved, and to be a good person in accordance with "Truthfulness, Compassion, and Forbearance" and not to fight with others. Ruilan hopes that more people will benefit like her.

She said that she could not express her gratitude to Master Li Hongzhi even by exhausting the best language in the world.

Before doing the exercises, Minghua had many diseases, such as heart disease, cervical spine hyperostosis, neurasthenia, anemia, hypotension, rheumatism, etc. She also often had stomach pains and coughs.

At that time, there were many people practicing Falun Gong in China. Although Minghua was not interested in the beginning, her sister-in-law's recovery from a serious illness by cultivation the Fa encouraged her to start practicing. After practicing for less than 3 months, all her illnesses disappeared, which made her grateful. She felt that she was really lucky, and what she got could not be expressed in words. 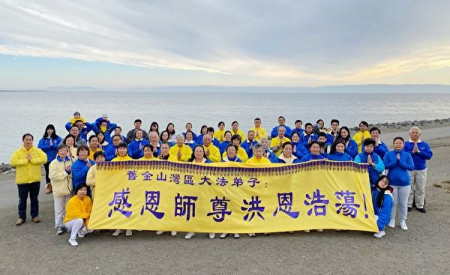 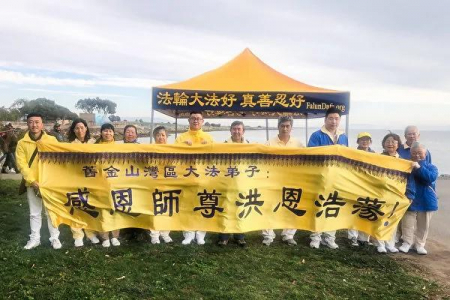