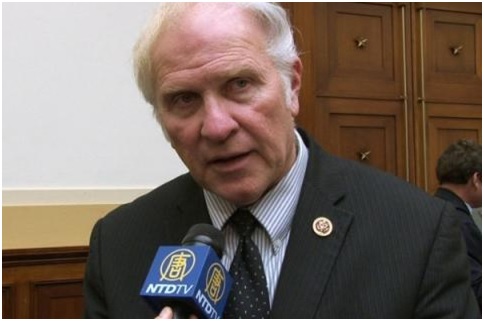 Chabot stated in the letter sent out on 19th July that the cancellation of these activities represents that (the Hong Kong Authority) is reluctant to uphold the “One Country, Two System”policy. He seriously urged the Hong Kong Special Administrative Region government abide by Hong Kong Basic Law provisions and ensure equal treatments of NTD-TV and the Shen Yun Performing Arts.

Chabot also urged the new contract of NTD-TV signed with MacPherson Stadium for the Dance Competition to be protected.

A Play-Back of the incident

On 26th May, the organizers received an abrupt notification from the Heung Yee Kuk Building Management that according to the request of Hong Kong government, the venue which had been leased to the host for the competition had to be recalled and used for election.

The tickets for the competition were formally on sale from 6th July. But from 18th July, some unidentified people suddenly appeared at the left side of the Stadium and hanged roughly 10 stigmatizing display board on the handrail outside the QuanZhangJu restaurant.

The organizers of the competition expressed strong accusation against the new interference and called for police investigation and that Food and Hygiene Department to clean the illegal banners to protect the cultural expression freedom of Hong Kong.

The letter from senior U.S Congress Member Steve Chabot is attached as below. 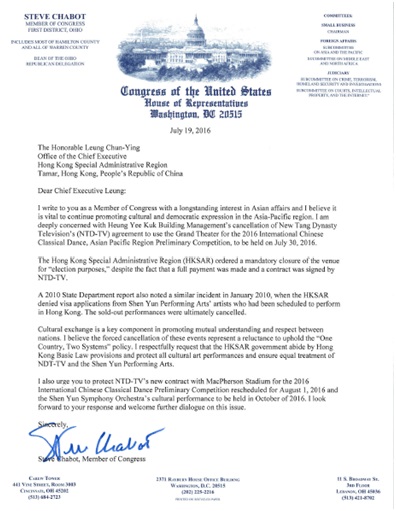